This is the sixth issue of “The Supreme Court is Usually Badass”, where I discuss a Supreme Court case and my opinion on its effects throughout U.S. History. I would also enjoy others to participate and discuss the decisions of the case, if one feels so inclined.

On September 21, 1996, having been passed by both the House and the Senate by a wide majority in both, President Bill Clinton signed into law and so enacted the Defense of Marriage Act (DOMA). This Act made a very particular statement about the word “marriage” in Section 3, codefied as 1 USC § 7; Section 3 of DOMA states:

“In determining the meaning of any Act of Congress, or of any ruling, regulation, or interpretation of the various administrative bureaus and agencies of the United States, the word ‘marriage’ means only a legal union between one man and one woman as husband and wife, and the word ‘spouse’ refers only to a person of the opposite sex who is a husband or a wife.” (http://www.gpo.gov/fdsys/pkg/BILLS-104hr3396rh/pdf/BILLS-104hr3396rh.pdf)

The State of New York recognized the marriage of New York residents Edith Windsor and Thea Spyer, who wed in Ontario, Canada, in 2007. When Spyer died in 2009, she left her entire estate to Windsor. Windsor sought to claim the federal estate tax exemption for surviving spouses, but was barred from doing so by Section 3 of the federal Defense of Marriage Act (DOMA), which amended the Dictionary Act—a law providing rules of construction for over 1,000 federal laws and the whole realm of federal regulations—to define “marriage” and “spouse” as excluding same-sex partners. Windsor paid $363,053 in estate taxes and sought a refund, which the Internal Revenue Service denied. Windsor brought this refund suit, contending that DOMA violates the principles of equal protection incorporated in the Fifth Amendment. While the suit was pending, the Attorney General notified the Speaker of the House of Representatives that the Department of Justice would no longer defend Section 3’s constitutionality. In response, the Bipartisan Legal Advisory Group (BLAG) of the House of Representatives voted to intervene in the litigation to defend Section 3’s constitutionality. The District Court permitted the intervention. On the merits, the court ruled against the United States, finding Section 3 unconstitutional and ordering the Treasury to refund Windsor’s tax with interest. The Second Circuit affirmed. The United States has not complied with the judgment, and the U.S. Supreme Court granted certiorari on December 7, 2012. Hilarity ensues.

The Solicitor General, Donald B. Verrilli Jr., argued the case for the petitioners, while Paul D. Clement argued for the respondents. Vicki C. Jackson, Esq., of Cambridge, Massachusetts was invited as amicus curiae to argue in support of questions (2) and (3). Nothing out of the ordinary occurred besides Associate Justice Sonia Sotomayor’s fantastic question:

“Outside of the marriage context, can you think of any other rational basis, reason, for a state using sexual orientation as a factor in denying homosexuals benefits or imposing burdens on them? Is there any other rational decision-making that the government could make? Denying them a job, not granting them benefits of some sort, any other decision?”
Her question was answered in the negative.

Questions before the Court:

On June 26, 2013, the High Court ruled in a 5-4 decision that Section 3 of the Defense of Marriage Act was unconstitutional with respect to the Due Process Clause of the Fifth Amendment to the U.S. Constitution. However, the unconstitutionality of DOMA ends at the federal government: the states still have the right to define laws around marriage with respect to sexual orientation (though the wording of the opinion suggests that calling a State law into question may soon deem it unconstitutional). Associate Justice Anthony Kennedy (joined by Ginsburg, Breyer, Sotomayor and Kagan) issued the opinion of the court, stating simply at one point:

“What the State of New York treats as alike the federal law deems unlike by a law designed to injure the same class the State seeks to protect.”

Having read the entire opinion, Kennedy notably splits the Court’s decision into several sections. Section I of the opinion seeks to enlighten the reader regarding DOMA and the burden it placed on the respondents. Section II of the opinion outlines the Court’s decision to answer question (2) in the negative and question (3) in the positive; as such, the Court deemed itself within jurisdiction, despite the Executive Branch’s dismissal of DOMA, and the Court allowed BLAG to participate in the hearings. Section III outlines the Court’s reasoning with regard to “throwing back to the states”, if you will. Their reasoning relies upon the fact that states may construct their marriage laws how they wish (such as age or mental capacity requirements); however, it should be noted that bringing a state ban on same-sex marriage to the Supreme Court may have the same outcome as Loving v. Virginia 388 U.S. 1 (1967), in which the High Court held that marriage discrimination based on race was unconstitutional. Finally, Section IV of the opinion gets to the meat of question (1), whereby the Court eagerly insists that federal marriage discrimination on the basis of sexual orientation is unconstitutional. DOMA Section 3 is officially struck down. Here are some of my personally selected highlights:

“By its recognition of the validity of same-sex marriages performed in other jurisdictions and then by authorizing same-sex unions and same-sex marriages, New York sought to give further protection and dignity to that bond [of marriage]. For same-sex couples who wished to be married, the State acted to give their lawful conduct a lawful status. This status is a far-reaching legal acknowledgment of the intimate relationship between two people, a relationship deemed by the State worthy of dignity in the community equal with all other marriages. It reflects both the community’s considered perspective on the historical roots of the institution of marriage and its evolving understanding of the meaning of equality.”

“The avowed purpose and practical effect of the law here in question are to impose a disadvantage, a separate status, and so a stigma upon all who enter into same-sex marriages made lawful by the unquestioned authority of the States.”

“The power the Constitution grants it also restrains. And though Congress has great authority to design laws to fit its own conception of sound national policy, it cannot deny the liberty protected by the Due Process Clause of the Fifth Amendment. What has been explained to this point should more than suffice to establish that the principal purpose and the necessary effect of this law are to demean those persons who are in a lawful same-sex marriage. This requires the Court to hold, as it now does, that DOMA is unconstitutional as a deprivation of the liberty of the person protected by the Fifth Amendment of the Constitution…The class to which DOMA directs its restrictions and restraints are those persons who are joined in same-sex marriages made lawful by the State. DOMA singles out a class of persons deemed by a State entitled to recognition and protection to enhance their own liberty. It imposes a disability on the class by refusing to acknowledge a status the State finds to be dignified and proper. DOMA instructs all federal officials, and indeed all persons with whom same-sex couples interact, including their own children, that their marriage is less worthy than the marriages of others. The federal statute is invalid, for no legitimate purpose overcomes the purpose and effect to disparage and to injure those whom the State, by its marriage laws, sought to protect in personhood and dignity. By seeking to displace this protection and treating those persons as living in marriages less respected than others, the federal statute is in violation of the Fifth Amendment. This opinion and its holding are confined to those lawful marriages. The judgment of the Court of Appeals for the Second Circuit is affirmed. It is so ordered.”

Associate Justice Antonin Scalia’s dissent has garnered the most praise, as—despite his clear disagreement with same-sex marriage—he is more concerned over the manner in which the majority supports its opinion. In his opinion, the Court has basically paved the way to naming all forms of same-sex marriage discrimination unconstitutional (whether by Sate or the federal government) without actually doing so in fact. Scalia, in his ever-so-eloquent style states:

“In the majority’s telling, this story is black-and-white: Hate your neighbor or come along with us. The truth is more complicated. It is hard to admit that one’s political opponents are not monsters, especially in a struggle like this one, and the challenge in the end proves more than today’s Court can handle. Too bad. A reminder that disagreement over something so fundamental as marriage can still be politically legitimate would have been a fit task for what in earlier times was called the judicial temperament. We might have covered ourselves with honor today, by promising all sides of this debate that it was theirs to settle and that we would respect their resolution. We might have let the People decide. But that the majority will not do. Some will rejoice in today’s decision, and some will despair at it; that is the nature of a controversy that matters so much to so many. But the Court has cheated both sides, robbing the winners of an honest victory, and the losers of the peace that comes from a fair defeat. We owed both of them better. I dissent.”

Though I don’t agree with Scalia often, I do agree that the High Court should have went full Loving v. Virginia on this issue. Unfortunately, it did not happen.

Only the future will tell, but I foresee lots of happily married human beings in our future! 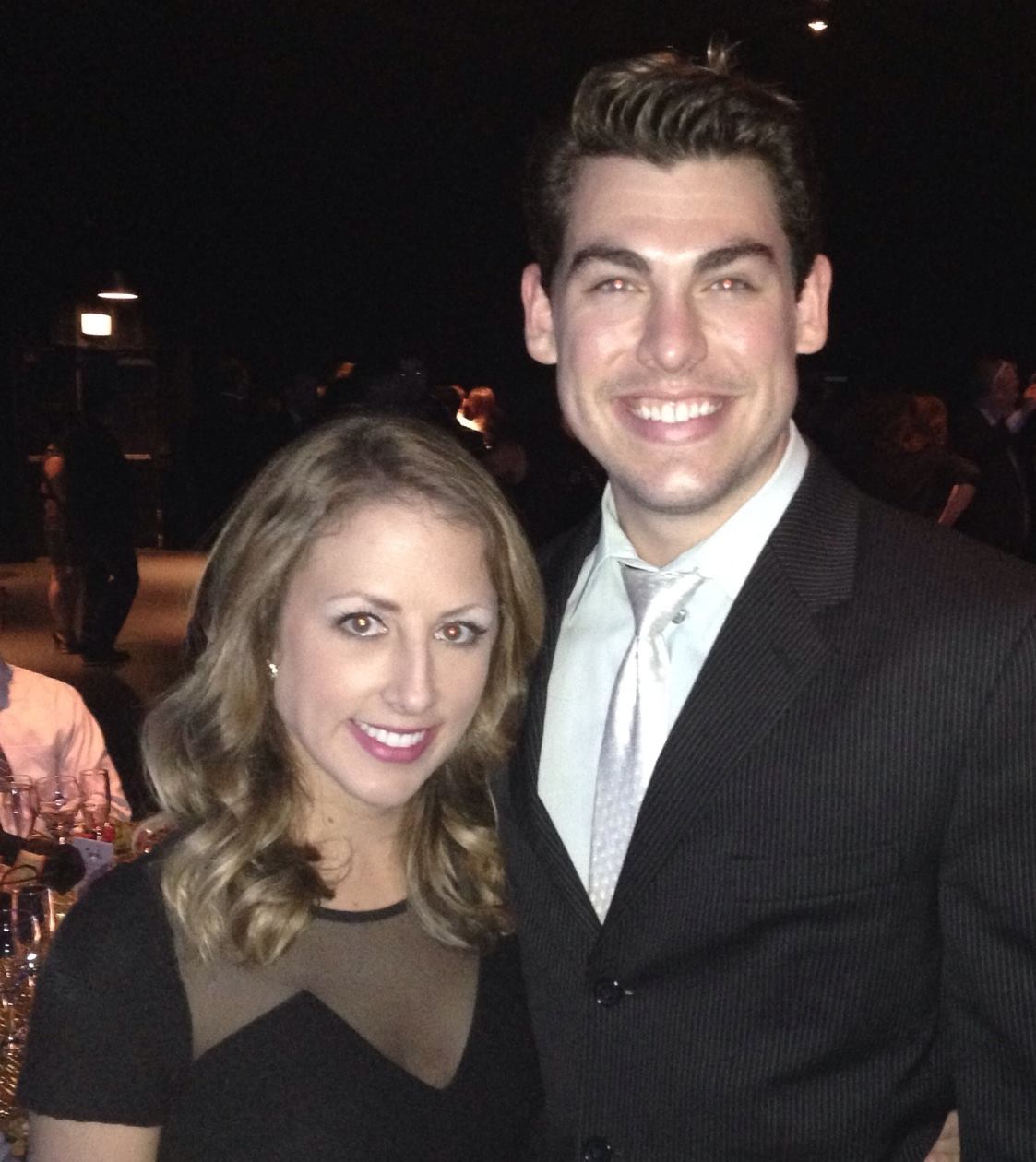